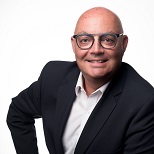 Pierre Moysan became Chief Executive Officer of the Panpharma Group on the 1st of December 2020, after joining the group in mid-October.

An engineer by training, Pierre began his career at L’Oréal, where he became director of a production unit. He soon joined the pharmaceutical industry and the GSK laboratory, initially in France and afterwards he held international positions. In particular, he was the director of production (formulation stage) for GSK vaccines and subsequently director of shared services operations for the vaccine branch of GSK global. In 2011 he was appointed head of the GSK plant in Mayenne. He was then production director for GSK EU and EMEA and later director of GSK’s industrial strategy for respiratory and anti-AIDS products.

“I am very pleased and proud to join the Panpharma teams and to be given the opportunity to continue to develop the company through the dedicated staff serving patients around the world. Panpharma’s key values: Entrepreneurship, teamwork, simplicity, responsibility and performance are the values that motivate me on a daily basis because I am convinced that these values lead to success. I am determined to take up the challenges of the future together with all the company’s employees at a time when what we do every day for patients around the world makes even more sense and makes us want to surpass ourselves collectively.” said Pierre”.